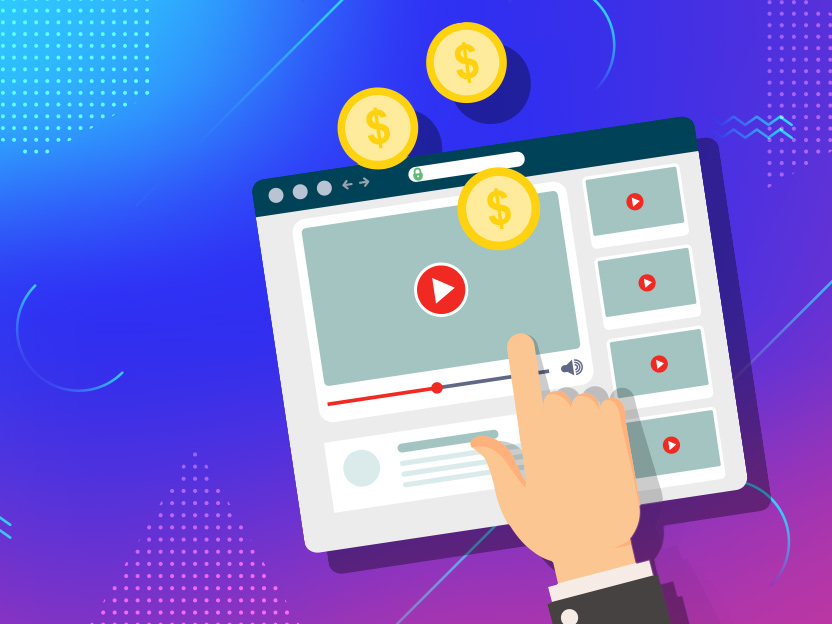 Início » PartnersOnly Academy » Can you create a successful YouTube channel?

If you chose to have your video channel as the most significant method of affiliate brand promotion, you need to read this article! Leaving aside the details, we may find that engaging in this is too simple. Alternatively, at the very least, it’s a relatively easy task that doesn’t require us much more than creating an account on some video platform and starting to publish. Surely you’ve thought about it sometime or heard many people saying something like that, have you? Well, it’s prevalent for such things to be said, but the reality is a bit different. Many considerations must be taken and many aspects of what to take care of, for the business to succeed. Let’s go!

What’s the biggest challenge of working with a video channel?

Working with a video channel, just as with other media to share content, has a significant challenge. Not that it has one, but the biggest concern is the audience. This always ends up being the focus of any content strategy, because, after all, it’s what we all seek: to win more followers.

As we all know, it’s not always so simple to attract people and captivate them with content, be it text, video or infographic. So the secret lies not only in what the content itself offers but also in knowing how and where to get it out. So that’s not all. We can go deeper into the subject. If we look closely at this, we will see that it has two parts. One is to get many followers and keep increasing that amount more and more. However, the other part, also essential, is to have the right audience. That is, it’s of little use to have thousands of followers if they don’t represent a public profile interested in your product.

What to do to win more followers?

One tip we like to share with you is that you don’t look at statistics in the first few days of work. For it will not be overnight that thousands will appear. So it’s essential to understand in depth both the operation of the platform and the possibilities it offers, as well as interests and customs of the public. Since this will get you to the people and, little by little, followers will begin to emerge.

We talk about meeting customers’ interests and customs, but you may not know exactly how to do this. Well, don’t worry, since there is a relatively simple methodology for this. Have you noticed that when you put yourself in the search field, on YouTube, for example, and start typing a word, do you see examples of phrases containing that word? Very well, this is the most practical tool, and almost imperceptible as such, but very useful for you. We say practically imperceptibly because we are so accustomed to it that we don’t even think of it as a method for getting keywords. However, of course, it’s because these phrases it shows are no more than the most frequent and latest searches made. There are also unique tools for choosing keywords, but this is the most basic and the best thermometer of what is being sought recently.

As the days go by, it becomes vital to use the Analytics tool, so that you can take detailed control of your channel’s movement. This is primarily to see if the channel has visits, whether the videos are playing, and what the average playing time is. But also to know relevant data about followers, such as age and sex, which undoubtedly marks the profile of your audience.

Once you have this tool, and also some extension, such as Chrome’s YouTube tags, to know the tags you’re using the competition, to position your videos, and to start collecting the data, you’ll be in the time to use this information to target your next videos accurately. Maybe it means a change in the content, the way it is presented, the placement tags, or even the final goal.

Tips for success with your video channel

1- Define the field of your content and work on it

More than a tip for success, this topic is the fundamental point, the rationale, of the channel because it doesn’t make sense to have a video channel, without a properly defined thematic area.

As soon as you know what you are going to do with the videos tool, take care in detail of the production of the content. Plan when you will leave, what line will follow, how much formality your channel will have, and all that is essential to direct it to the right audience.

If there is one thing missing on YouTube is a massive amount of channels offering the same thing as you. That’s why your biggest goal has to be stand out. It has to stand out among all those competitors who are offering products similar to yours. This will only be possible after a lot of observation and a good thought that its differentiation will be focused, to put all the efforts in it.

While not one of the first things to consider, you may want to know that sooner or later it can be a great alternative to growing your channel. Of course, this is not critical, but it’s one more chance for you to get your content out and get more people to sign up.

So you already have your video channel? Take advantage of this information to enter this world or, if you are already part of it, use everything you can to improve what you already have to offer. Now that you know how to create a successful YouTube channel, do not hesitate.

IF YOU ARE NOT STILL PART OF OUR TEAM, REGISTER NOW!

previousGIFs on Instagram: How and what to use them for?
nextUnderstand people’s behaviour on the internet

PartnersOnly.com is an online affiliate program that offers a product line on the same website. Our program affiliates earn large commissions promoting our brands.